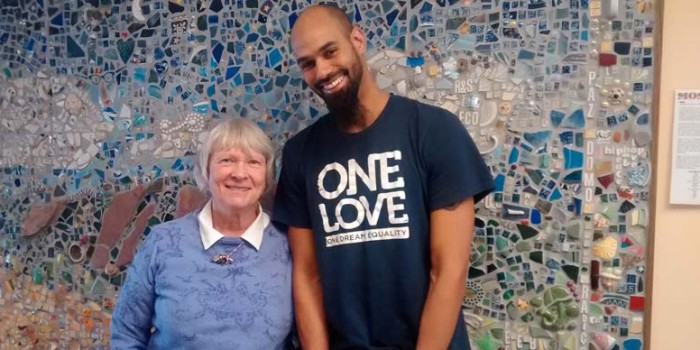 Photo: Kathy Valentine, Chair of the Hope Coalition of Boulder County and former NFL player Derek McCoy. McCoy is the keynote speaker for this weeks event exploring the connection between sports and depression.

The HOPE Coalition of Boulder County will be exploring the connection between sports and depression this Thursday and Friday with panel discussions and a key note address by Derek McCoy, a former NFL player and now social justice activist.

Kathy Valentine, chair of HOPE Coalition says that many people’s identity is tied to their physical self and when they can no longer exercise in the same way due to age or injury, depression can occur,  “your identity is shifting and your ability to be physically active to help your mental state is also shifting.”

At the Boulder Valley Christian Church on South Boulder Road. Derek McCoy, former CU and NFL football player will be giving the key note address on Thursday evening. On Friday there are several panels and workshops and also a training to increase suicide awareness. All the events are free and open to the public but registration is required and you can find out more at hopecoalitionboulder.org.

Former NFL player Derek McCoy says so much attention is paid to the physical health of athletes with very little or indeed no attention paid to mental health.

“I remember always having input from training staff about physical injuries but nothing much on the mental side.”
One of his team mates at CU, Gabe Oderberg committed suicide after a series of concussions and a back injury led him to retire from college level sports. McCoy says that many young men have their self identity tied up in their ability to perform sports and when they lose that identity they are vulnerable to depression and suicide.
SPORTS and DEPRESSION INTERVIEW KGNU 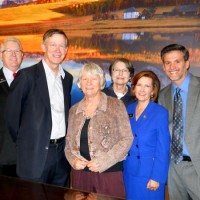 The Ripple Effect of Suicide: Coping Around The Holidays 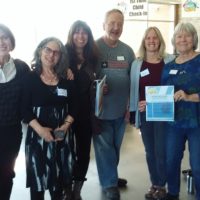